Standing at the GE RS3 and Golden Rocks

Standing at the GE RS3 and Golden Rocks

I know not much of a post, but i was standing at the GE as i had not been there in ages, and this guy was there, with all gold trimmed armor. Not sure what that is but it looks rare!

He ( Dark Zeratul ) reminded me of the Golden Rocks that i should be collecting. So I checked the bank and I somehow had a full statue container of Golden rocks to complete the statue in Prif. 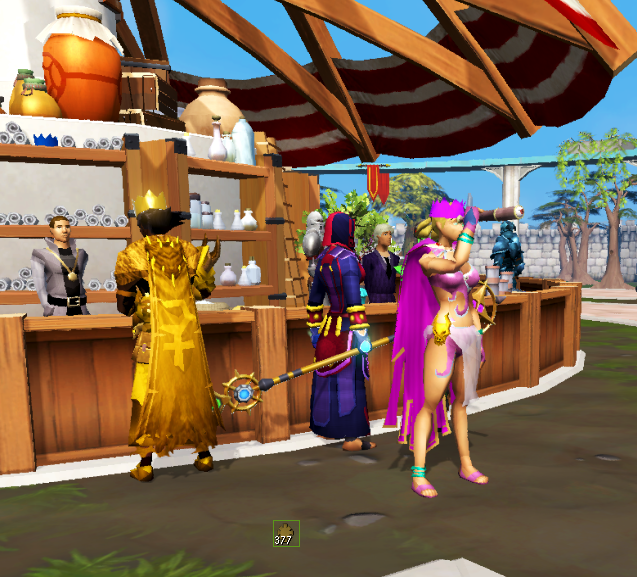 I guess this is the bit or set. Golden Warpriest of Bandos. 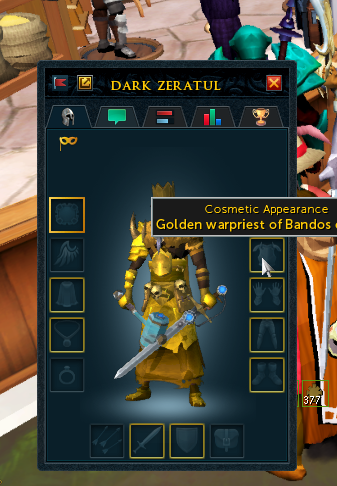 Seems it was limited edition. According to the Wiki...

This is my test area for webdev. I keep a collection of code here, mostly for my reference. Also if i find a good link, i usually add it here and then forget about it.

'Dawnie' used to say, "It's really quite simple: Be kind, and the rest takes care of itself. Never do anything that's not kind".

The rotateY() CSS function defines a transformation that rotates an element around the ordinate (vertical axis) without deforming it. Its result is a <transform-function> data type.
rotateY() css reference