Following up from this post, where i listed all my old apps, it seems that i have just as many useless apps installed and i feel like the system could be running better again.

Note: Adobe, its just so annoying and massive!

Lets do a new list and see what i actually need and use.

I think i need to add a database of these apps and which ones are actually useful.. (Idea for later) 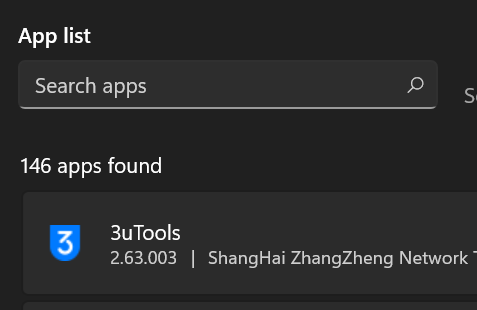 Most used... Actually not VLC or Core Temp, even VS Code can go probably.

Apps that i Need? (install after windows)

These are always used apps. Usually you can just goto the ninite installer page and get all these in a nice bundle, which saves a ton of time finding and downloading one at a time.

These are utilities or things that i use rarely.

The :out-of-range CSS pseudo-class represents an <input> element whose current value is outside the range limits specified by the min and max attributes.
:out-of-range css reference

linux add ssh keys on your linux box in 10 seconds Sliders Flickity - autoPlay with Loop Windows Apps windows robocopy /? help and usage image formatting can you set all image heights to match with css no stretching windows commands how to show your DNS in windows and then copy it to the clipboard in one command html pulse map dots sections slick slider section quick add javascript get current year in javascript
More Code