Just so i know what the plan is for leveling...

This is where i am currently at in the grind to 99 all skills max cape. 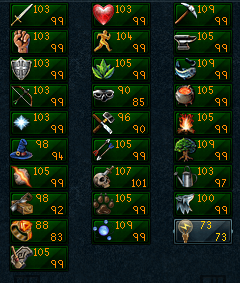 Currently working on construction.  Just did Hunter and Divination. 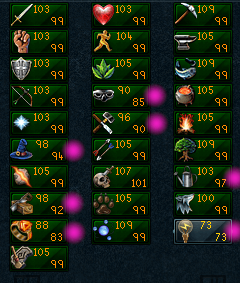 Here is my current leveling plan.

Construction: flat packs, on the skilling world, should not be too hard… 10-11 hours left.

Crafting: can probably do urns, as making them is slow, but the firing of them is afk. Make 1000 of each urn and then sell them. Or can do gems.

Magic and Dung, can be ed3 trash runs, seems to be fairly quick. Not afk tho.

Thieving: will be slow until i get to prif thieving. Have to do the safes until then.

Invention: need to augment combat gear? Maybe do fishing and then siphon the fishing thingo.

Then when maxed, can do something that levels invention, like fishing? What will i do when all 99s are done?... maybe quit. lol...

Some Levels that im not specifically tracking ill add here. 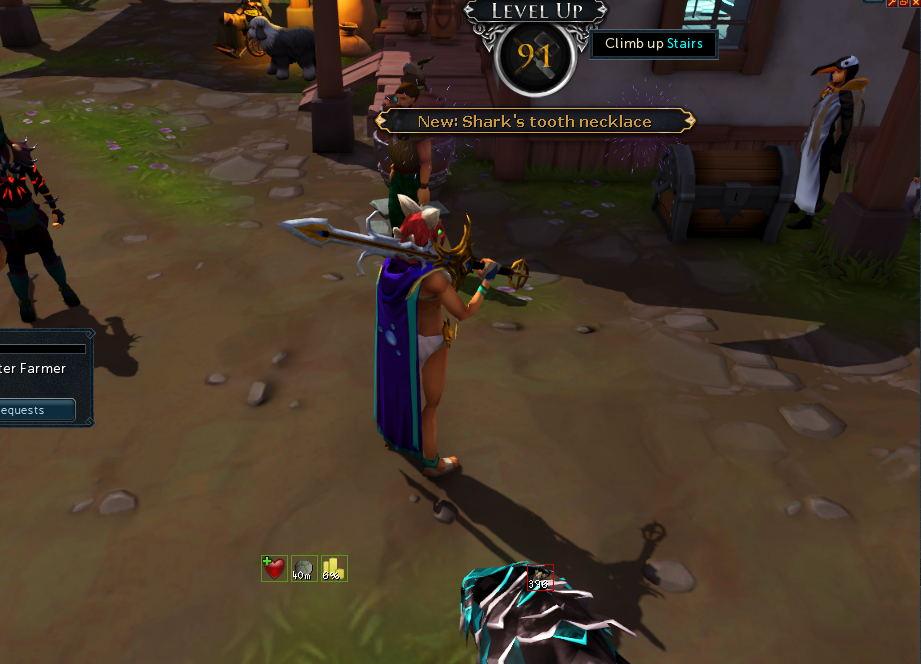 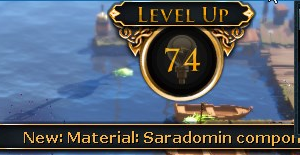 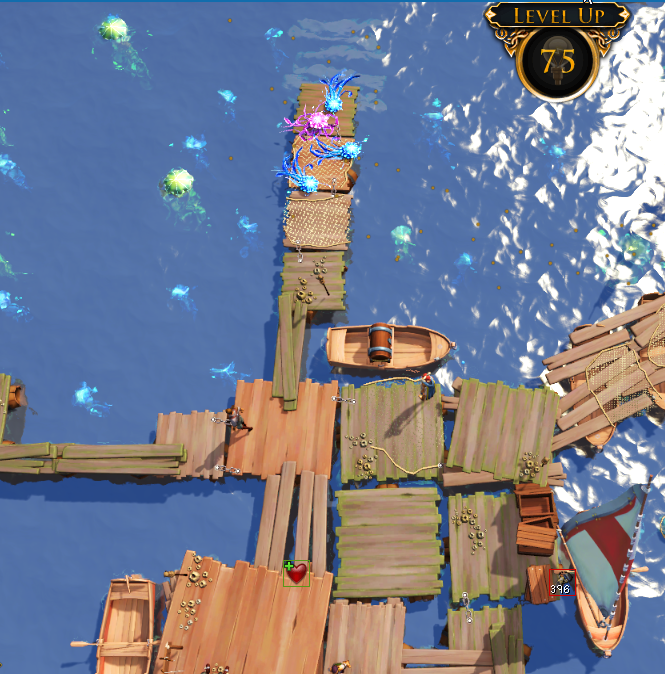 Just while im leveling fishing, its quite nice and calm skill. Easy to not pay too much attention. I read that its best to siphon at level 9 but i have no idea if that is the best level to do it.

So while i was fishing i saw someone using a crystal rod, and i thought oh yeah ill go get one of them. Well i dislike questing, well im lazy but still, anyway. I went off and got 3k worth of points to get the crystal rod recipy  and got it, then i got a crystal seed, and it said i needed to do another quest to make the rod.

So I did that quest as well, and now finally have the rod, i think augmented rods are better and then i can dissasemble them. Thanks to that comment below, i can probably disassemble the rod at 10 rather than waiting til the horn blower rod thingo (yeha the fishing rod o matic) gets to level 12 to syphon it.

Eh sounds like im ranting about fishing again. Ok must be time for bed. Anyway i finally have a augmented crystal rod to test tomorrow. Make some money back fishing as well which is nice as im spending so much on planks for construction at the moment. But at least im 97 construction now, woo! i wont be sad to not make flatpacks anymore after a few more hours doing that.

Ok i disassembled the crystal one at level 10 and you get the same exp but you also get the components, but it costs you the crystal rod and the augmentor.

I guess that is worth it? Plus its only level 10 rather than 12 so a bit quicker. 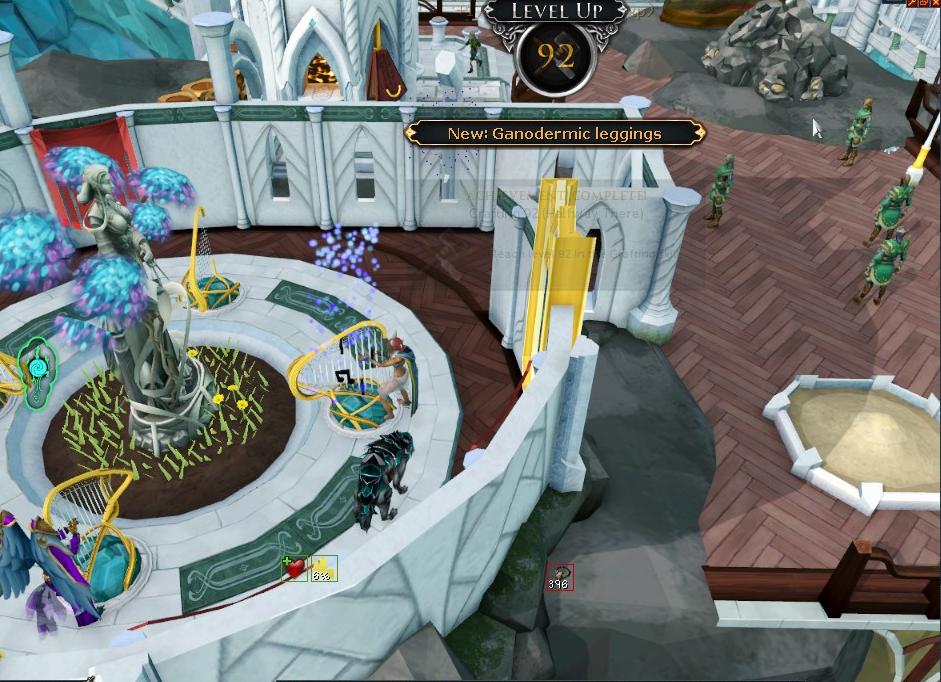 Siphon the fishing rod o matic at level 12. Just testing this vs disassembling the crystal rod. 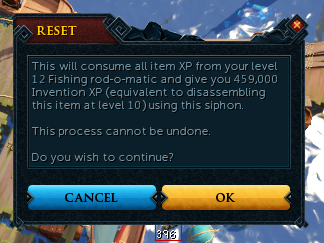 Yep so that was 459k exp from that one, now ill test the crystal Rod. Same XP but you loose the rod and autmentor but it does not use a siphon. And you can do it at a lower level 10 rather than 12. So it is a bit quicker XP. 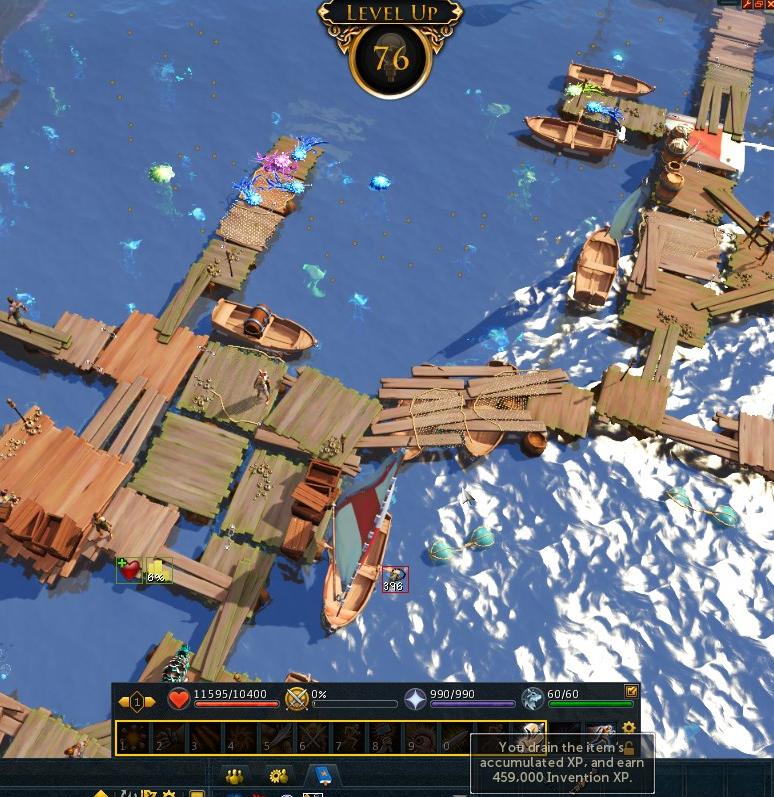 So i am not really looking forward to grinding out thieving, as im not up to the prif workers level yet so i have to do safes until i get there, which is pretty non afk. So i just am adding all my xp lamps into it a the moment.

And i got a level, oh well closer now to prif workers, which should be fairly afk ish. 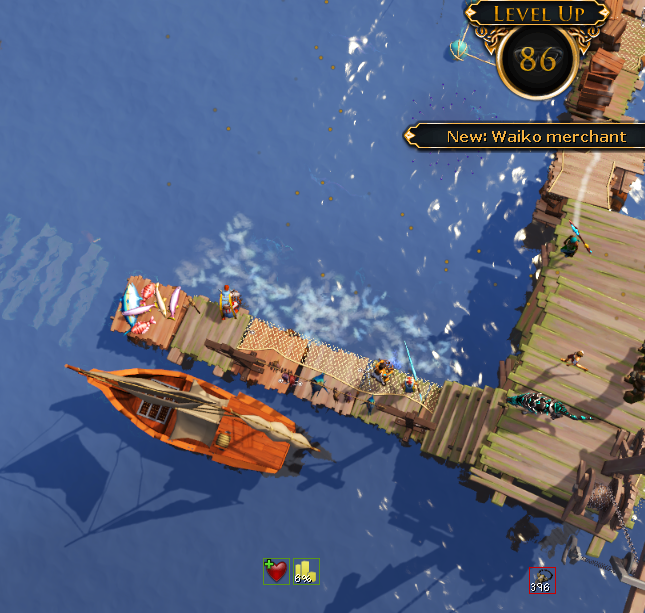 Im not actually sure today why im fishing. Oh yeah thats for the crystal rod invention testing, and that its kinda chill and also a good money maker. But i prob should be doing harps for the crafting exp. Oh well fishing day today.

To make myself feel better lets price check the fish for today so far: 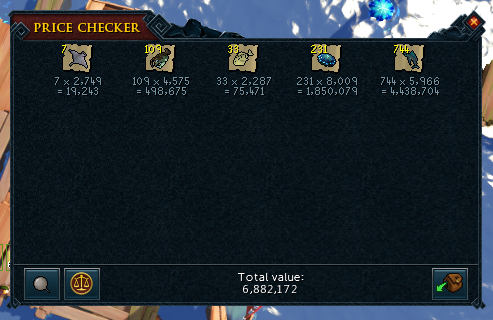 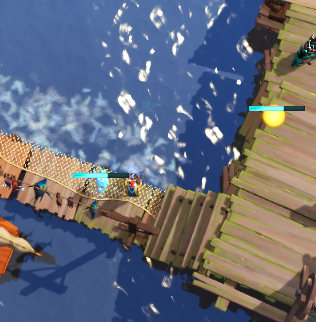 and what did i get... nothing useful as usual. Boo..

Hmm seems i have broken the imgur upload, maybe they have a rate limit for uploads, lol... probably.

File Save As is soo annoying though. Eh did it the old way.

I need to check where the safe map locations are so i can start leveling thieving. 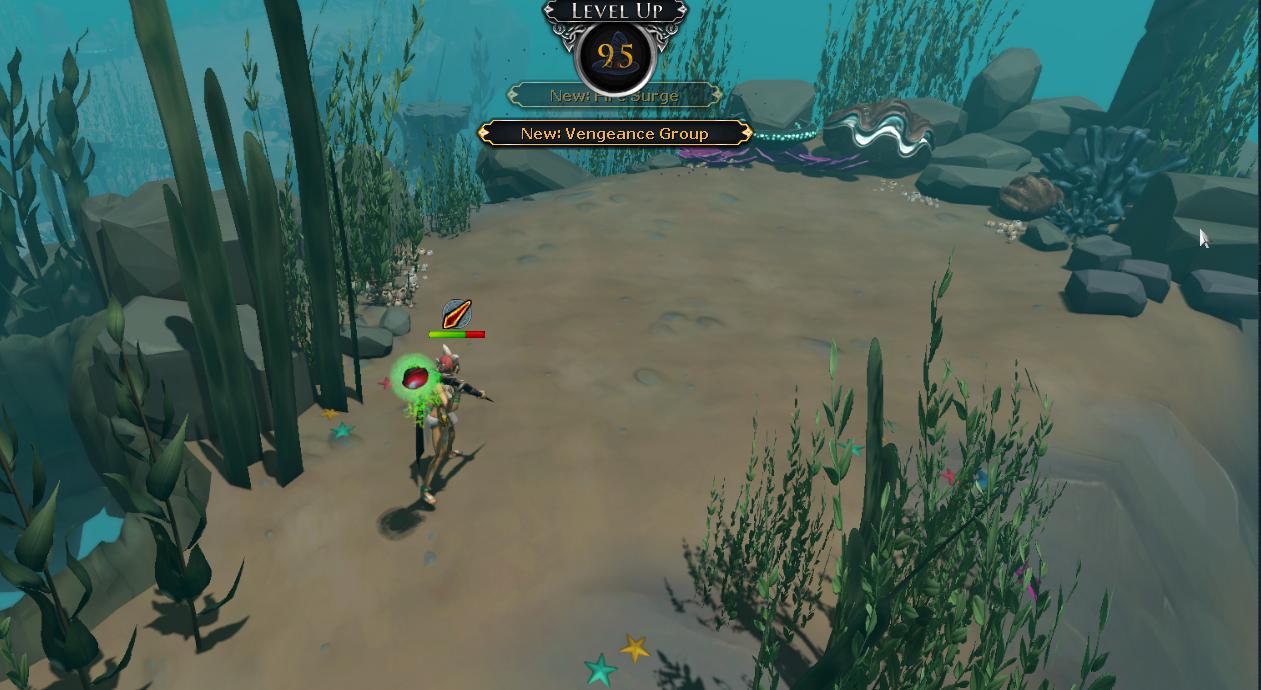 Spent 2 bonds on yack track skips for the annoying tasks, prob a waste of bonds. But im a sucker apparently. 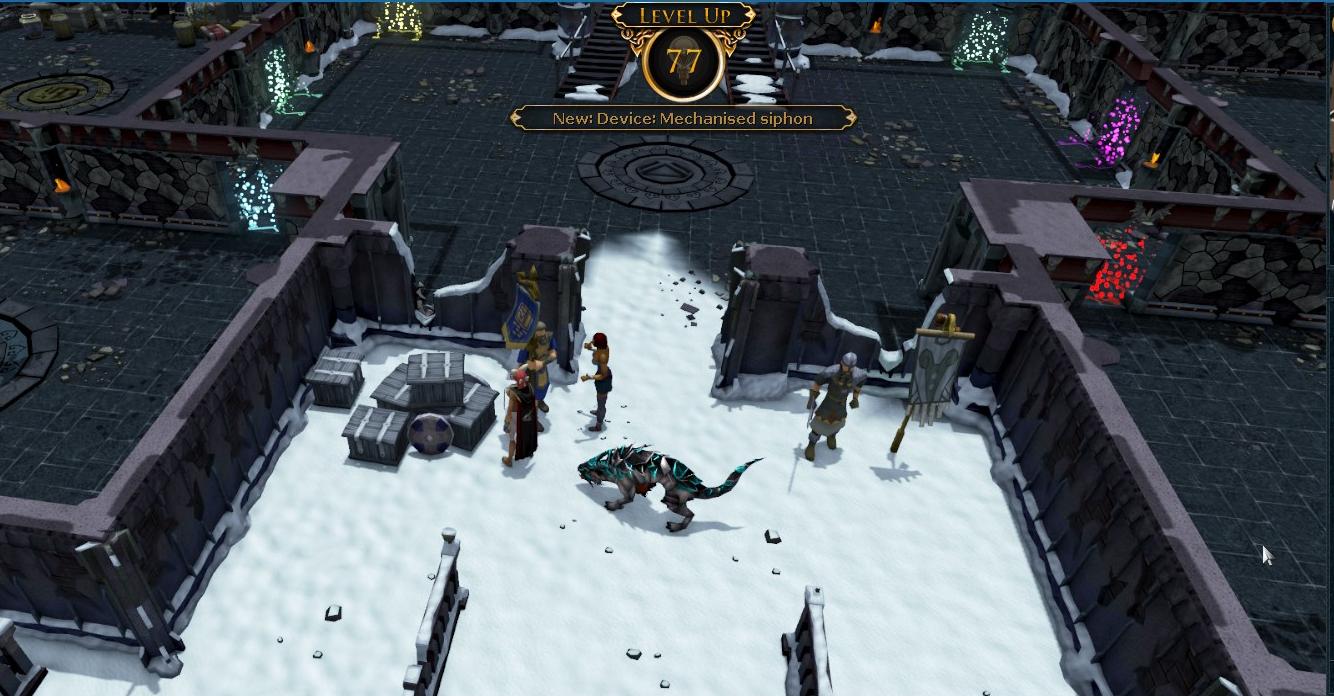 On Mining and Augmenting

I am currently already 99 mining, but this morning I thought i should try and augment a pick axe so i can do some more mining and then also level a bit of invention.

So i got a dragon pick axe, and augmented it, and then traded it in for a crystal pick axe, and it still gives me the message, this pick is not at the highest level, which is weird.

Maybe i should just augment the elder rune +5 pickaxe and do that. But then i gave up and went back to fishing for a while.

And now im on harps, which is no money and slow. But i do need the crafting exp.

I do need to level dung and magic still, and i have augmented gear already for that so ill probably just do invention through those rather than the skilling way. Unless im fishing.

got annoyed with the harps so went to cut some gems, but not much afk happening there. 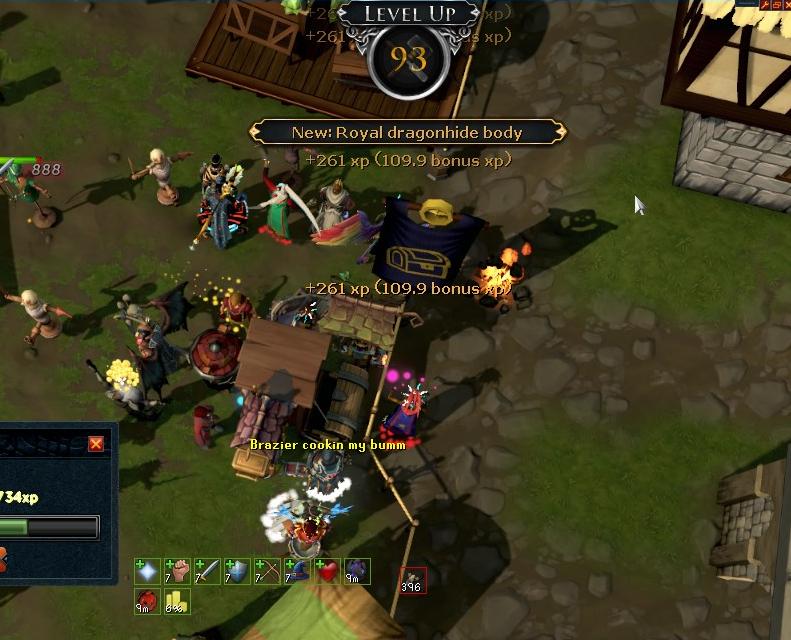 Then after buying another 1000 uncut dragon stones, 10m gone again. I remembered i had 4500 protien hides in my bank. Much easier! idk how long they will last but hey, good afk skilling for now. 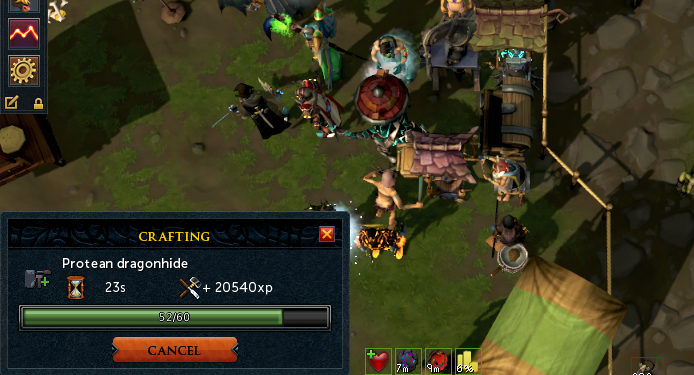 Protien Hides are so much faster, crazy AFK ness.

Just got 95 crafting and i missed the screen shot! oh well. still the text 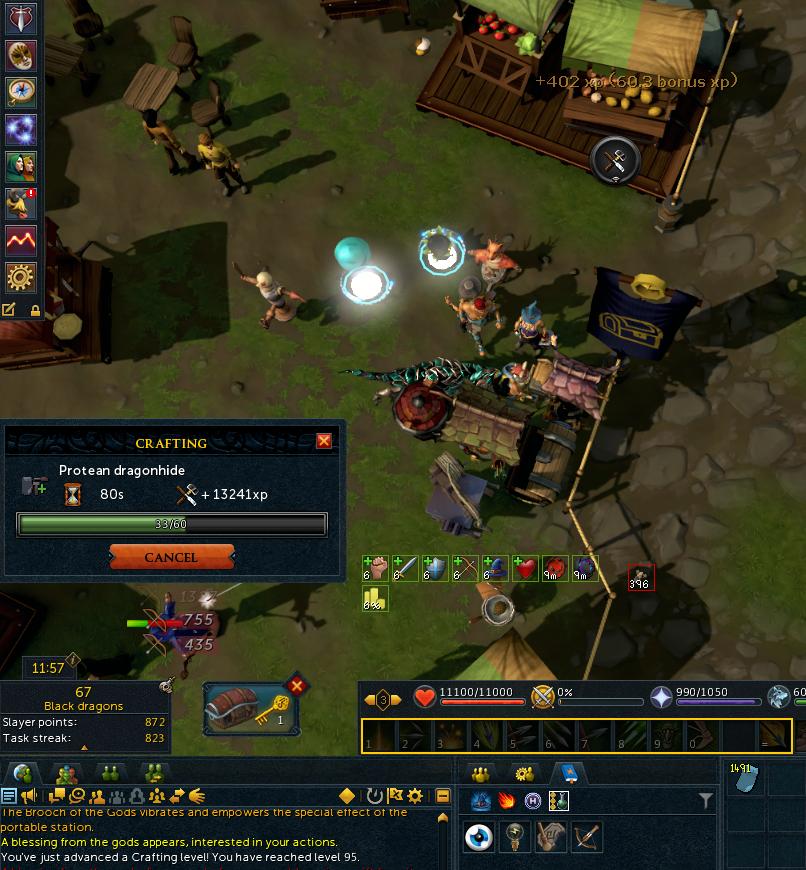 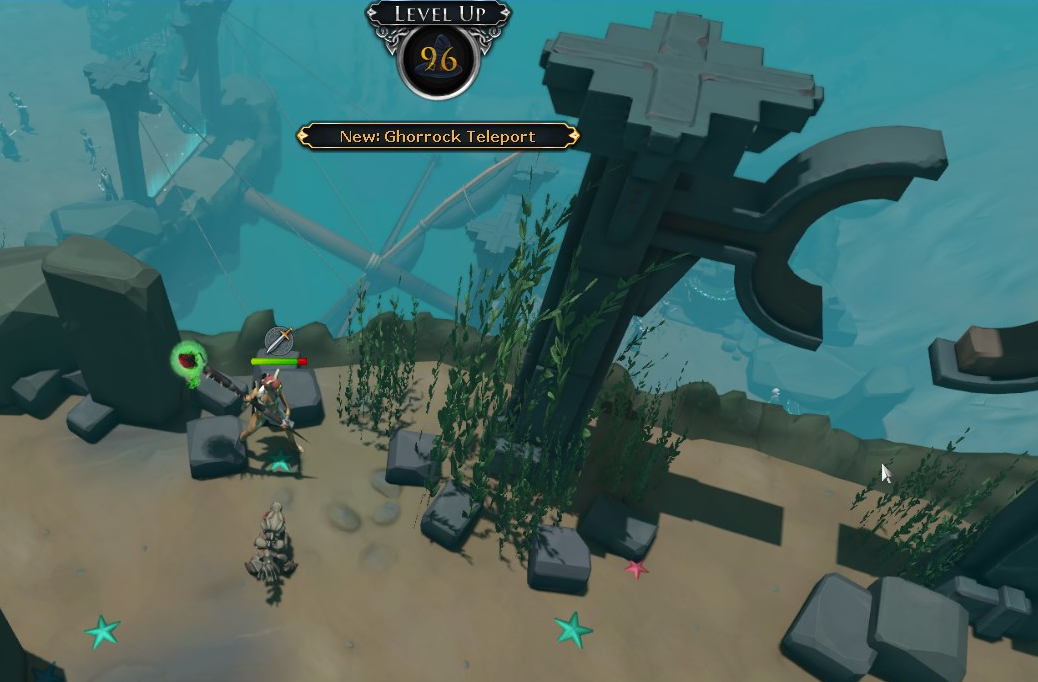 with a lot of protien hides 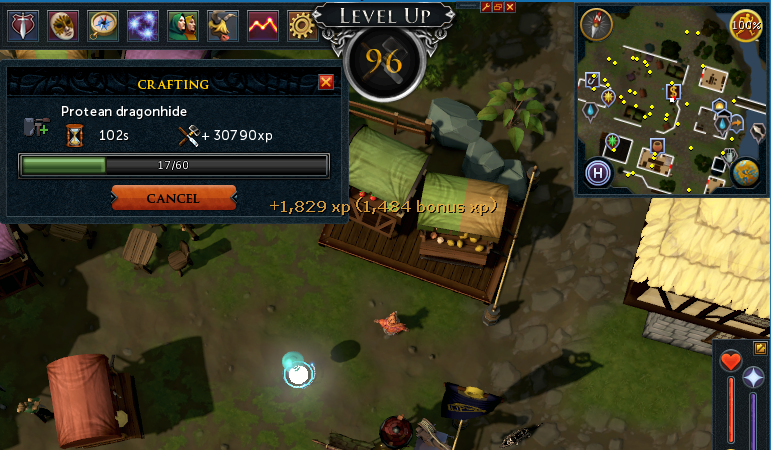 had to switch to dragon stones when the protien hides ran out, but its still fast. ish. just more clicky.

this is a slow burn 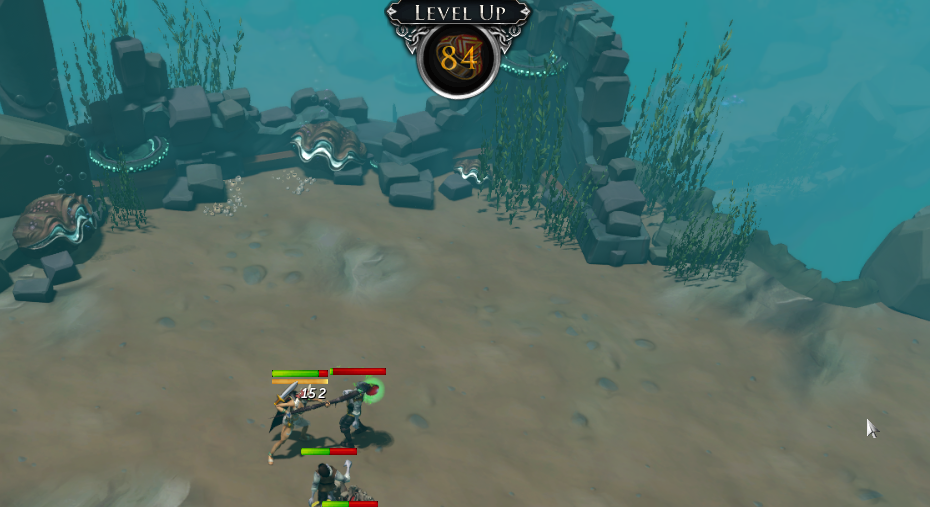 So many dragon stones! least i can sell the cut ones and only loose a few mil... 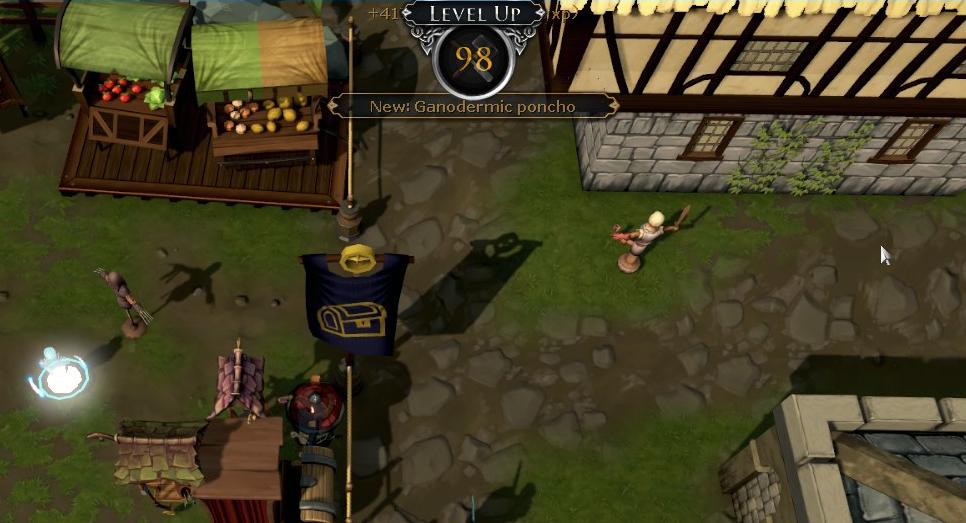 grinded out 99 crafting. not too slow doing gems with dxp booster. 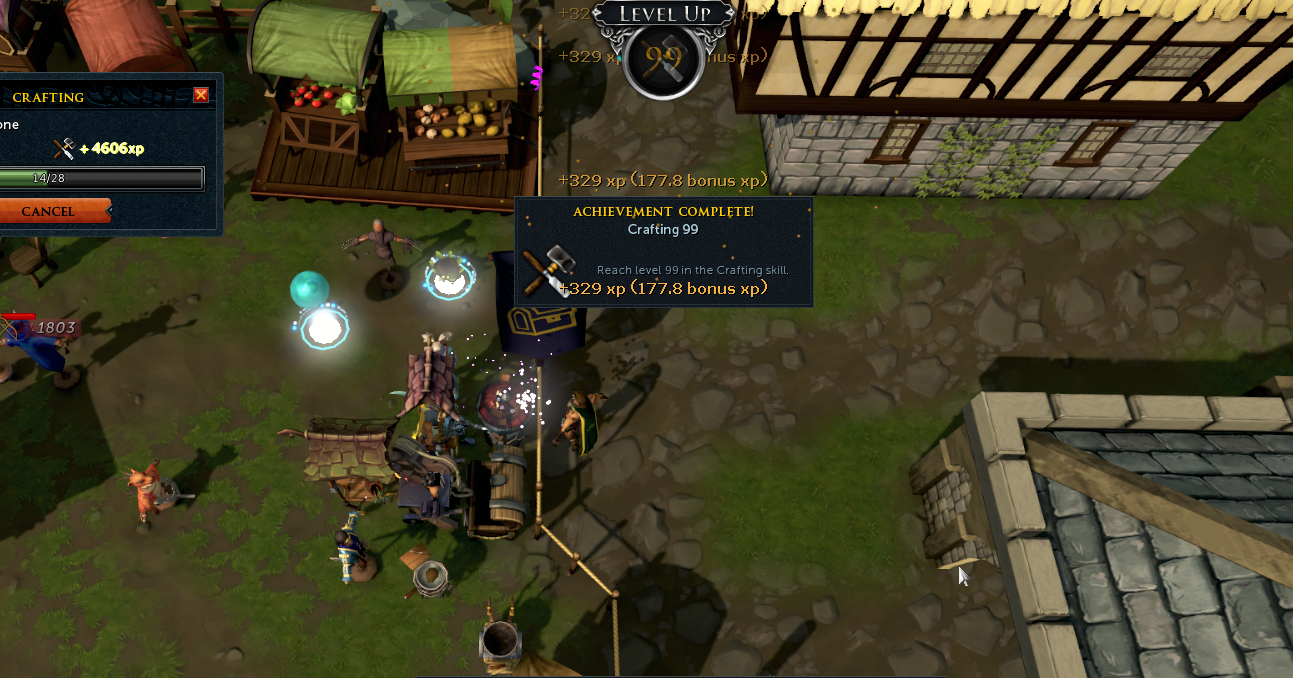 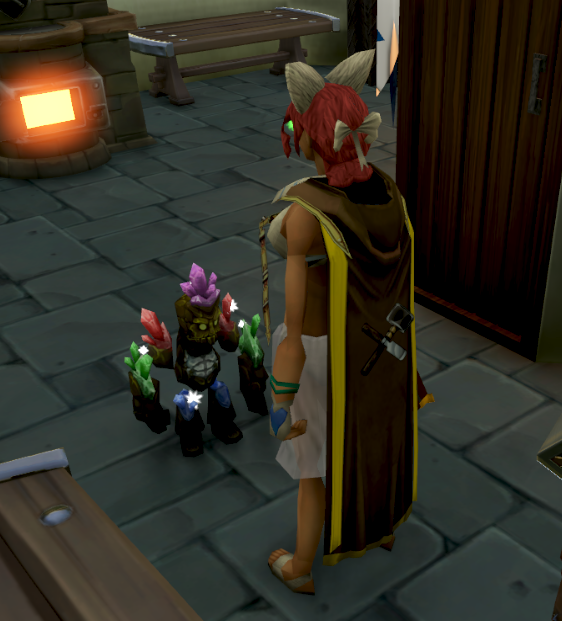 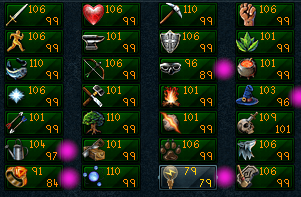 So lots of ed3 to go, as the dung xp is quite slow i think but at least it will refill the bank account a bit. Then siphon the gear at level 12 for invention exp.https://i.imgur.com/UpMrqvB.png

Seems quite doable now, as i have done all the annoying crafting skills. Nearly there to max! yay! 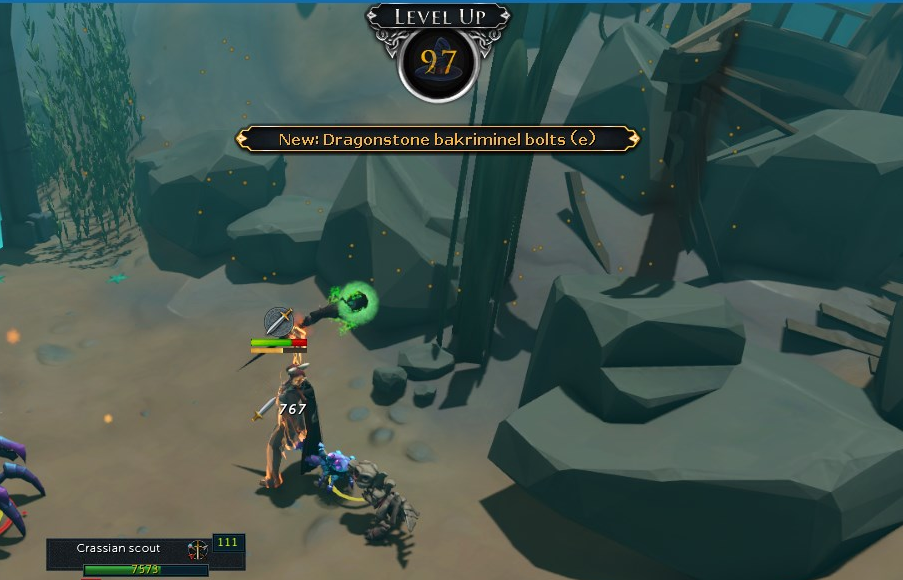 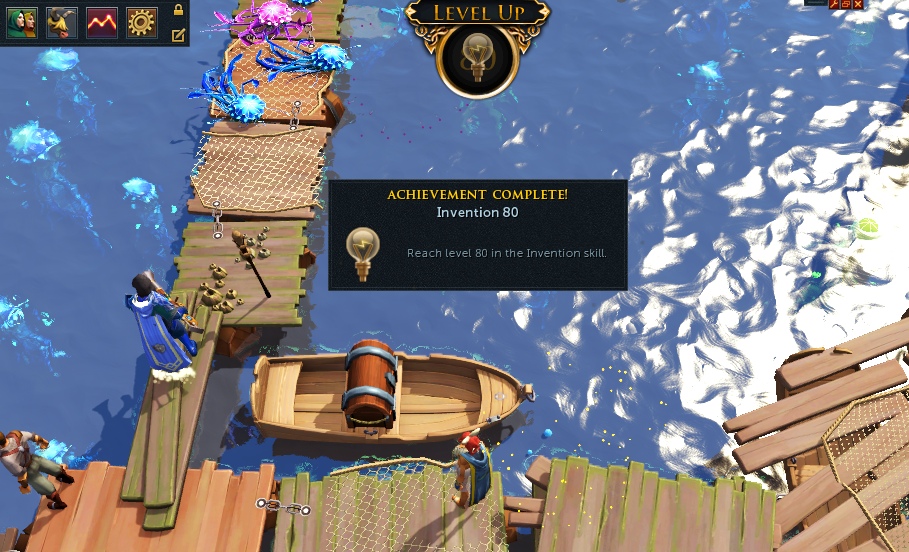 Either disassemble the rod at level 10, or if siphoning: level 12, for best exp rates. after max cape, go for comp cape ;D

Thanks to the comment above, i will try crystal rods at level 10 vs the fishing rod o matic at 12, might be faster xp for invention, as im way behind with that skill at only 75.

This page has been viewed 187 times.

1. Show your work to the world instead of keeping in your head💆. 2. Do the work consistently👌 3. Respect your work🥰 4. Don't postpone your work 5. Make mistakes 🔥🔥🔥
Unknown