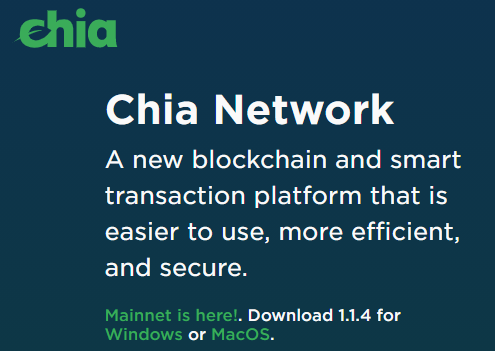 So i had the great idea yesterday after reading an article on mining chia and how it will be easy and non GPU intensive, to start mining it.

I thought oh i have a few spare TB sitting around on external drives, may as well use them to make some cash.

Well i do have a 1tb SSD so i thought all good lets download and start the mining (actually its not mining its "Farming") but ill still call it mining as you are still kinda mining.

This is kinda a laymans overview of how chia mining works, as i see it, probably not accurate but just my overview anyway.

So you have to create these plots that you can later use for your farm, the plots then sit on your hard drive and the software farms them and you get a (very slim) chance of winning a chia coin. Sounds easy, and it is to setup and get going.

On my non awesome grade ssd, it takes ages to farm a 104GiB plot, like probably 10-20 hours ish, but i am using the pc for other things as well at the same time, so its not a dedicated mining rig. Anyway if you use the newer SSD's they get a much better plot creation time.

So i have managed to create 3 x 104 gig plots in about a day. Running it over night as well.

Almost finished the 3rd plot after probably running it for 24 hours or so.

Ok too easy lets see how long until i can get the chance to make 1 chia. 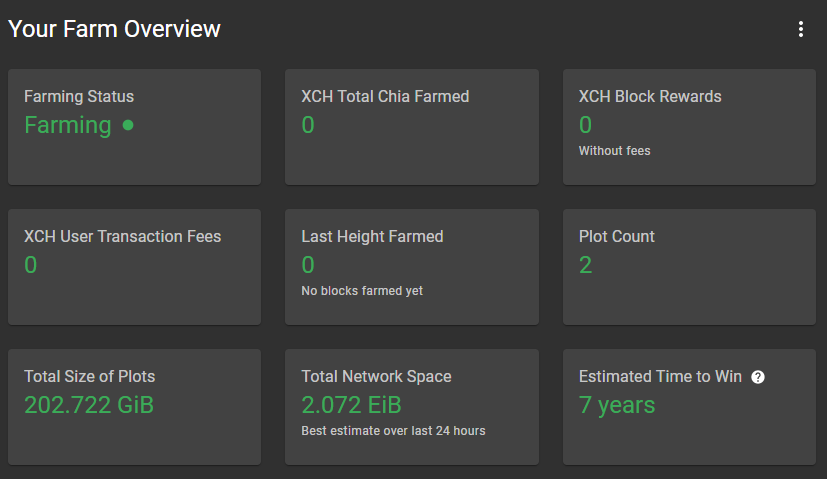 Yep 7 years, ok so i guess i missed the boat on that one.

Even if i added 10tb of plots, i dont think id have much chance of winning a chia.

Oh well i guess ill have to wait for them to release the pools, but then apparently the plot code will need to change and you have to re-create the plots just for the pool.

I see some people on the reddit chia have heavily invested in this farming already. With setups like this one! Crazy. I think the title said they spend 8k USD on this one. If i ran that here i think my electricity bill would be too crazy. 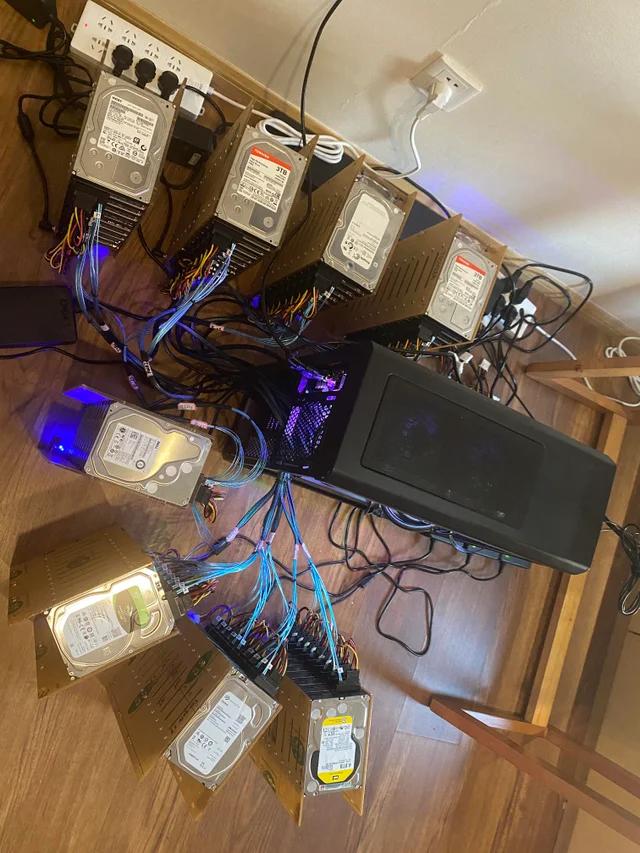 I think i might give up on my chia crypto journey. Ill check back when they have pools up and running, and maybe ill have some smaller success there.

This reminds me of the time when i tried to mine SIA with my GTX650 non Ti version. I didnt even make it to the threshold of the 500 coin payout before giving up.

Ah yes i was going to add the links and research i did here on chia, just read up on the reddit chia forums for further information if you want to see how the smaller scale "farmers" are doing on there, i think its not good, Even the ones with 100tb are not getting much action.

Just my random notes and links that i made while researching chia farming, i dont know why but every time i write farming i think i should add air quotes to it.

Conclusion: Wait for Pools… to have a chance of getting any coins from this.

Unpopular opinion but if you want to see something I suggest trying hpool out. I’ve been sitting at 100+ for a week now and no luck. People can hate but at least I’m making something rather nothing. Really not my problem that they didn’t implement protocol. If they get 51% at this point can’t be out here blaming everyone else when they could’ve just launched with pooling protocol.

It is also a very common plotting strategy to plot on say your gaming machine and then move your plots to a Raspberry Pi 4 with a lot of USB ports. All you need is your same 24 word mnemonic on both machines. Alternatively you can just run a remote harvester on your Pi and have it connect to your gaming machine where you are running node and farmer and only have your private keys on one machine.

So i have still been plotting very slowly on my pc and copying them to another pc to run the farm. Not expecting to get anything from it really, but hey you have to try dont you?

They announced that they will be relasing pooled mining on the 17th of may but the only issue there is that you need to create new plots for them to work with the pools, so i think ill just keep doing one normal plot per day, and then when the pooled ones come out ill do some of them.

Hopefully you can run both pooled and non pooled plots with the same farm as i dont really want to get rid of the current ones.

I was looking through the chia reddit form again, there are some crazy builds on there, but this one i thought wow.. that is a serious amount of external HDD's 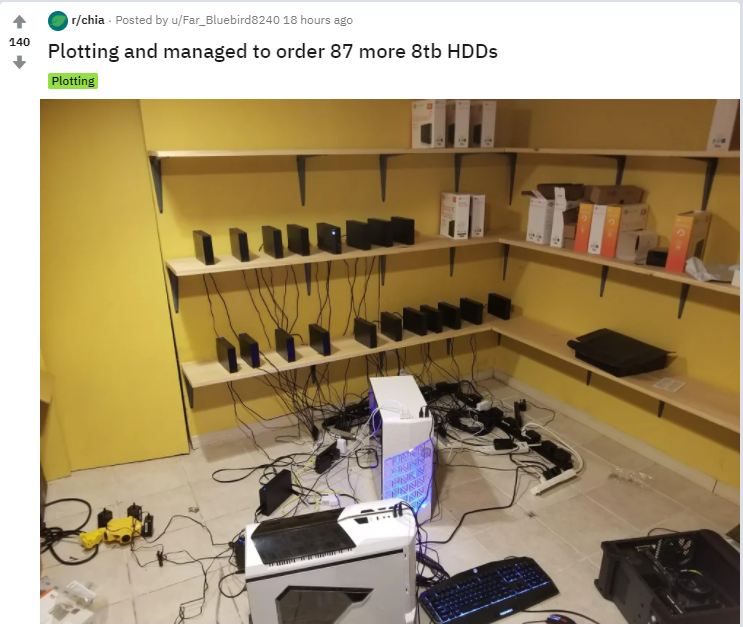 What a crazy setup, i bought one 4tb drive and it cost me $100, so how much is that all worth.

So 87 times like 900mah which is i think what those usb drives use on average.

That is a lot of power board and cables, what a mess.. anyway. Ill keep going with my 1 plot per day and in 5 years maybe ill win a chia! but probably not.

I think there is just no point with my puny 1 tb of plots, esp when you are competing with something like this. 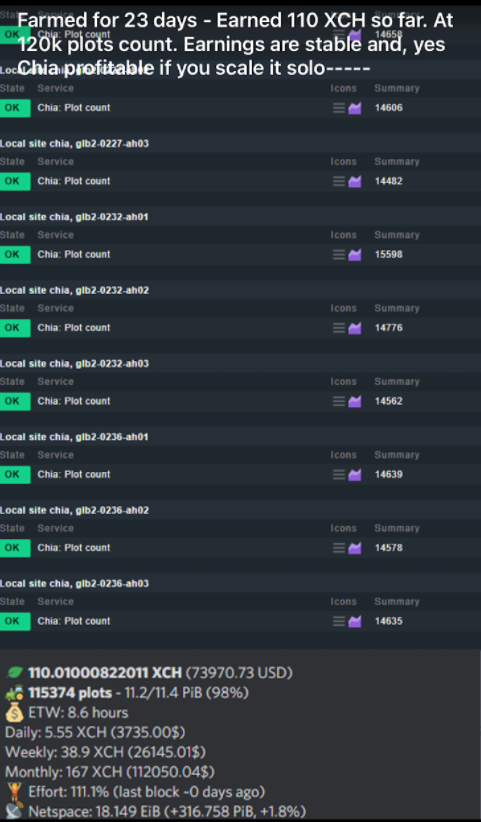 Obviously he is joking in that post about passive, but still wasnt chia made for the small farmers? Guess not.

Other Items in crypto

This page has been viewed 883 times.

When I realized that, no individual step is hard in any process. Building this airport I'm standing in right now started with a guy writing the architectural plans on paper. That's not hard for him to do. Then laying the first beam isn't had. The whole thing is really hard. So, just take each step kind of piece by piece and when I was able to do that and stop trying to chase this prize and started putting in the work, things just started coming together.
Unknown