Here we go with some google page speed testing, on the new reduced size kruxor.com

Its less impressive than i thought it would be: 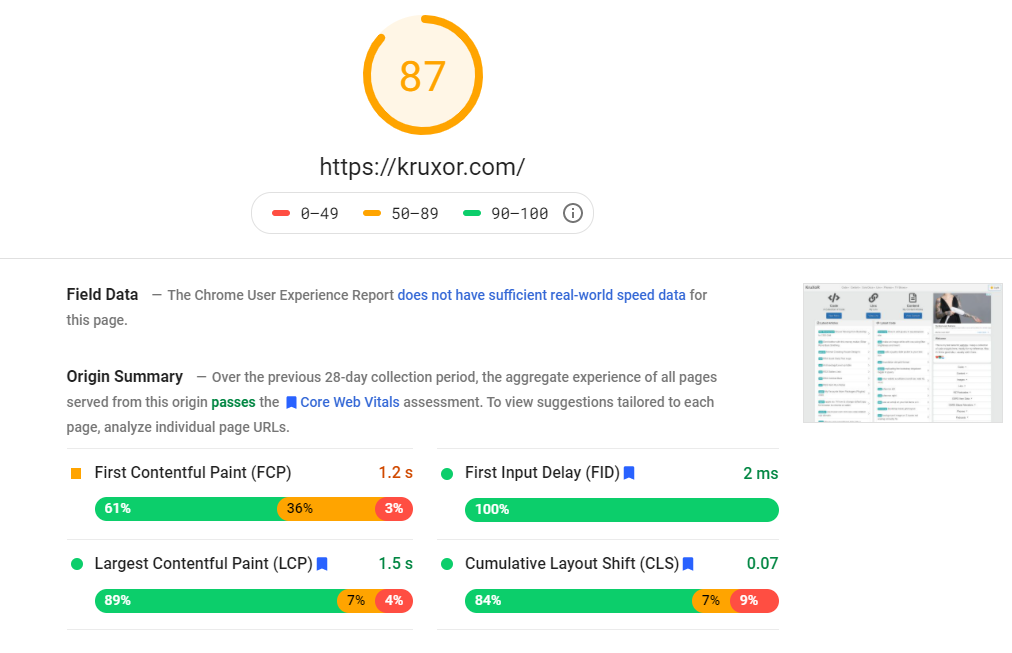 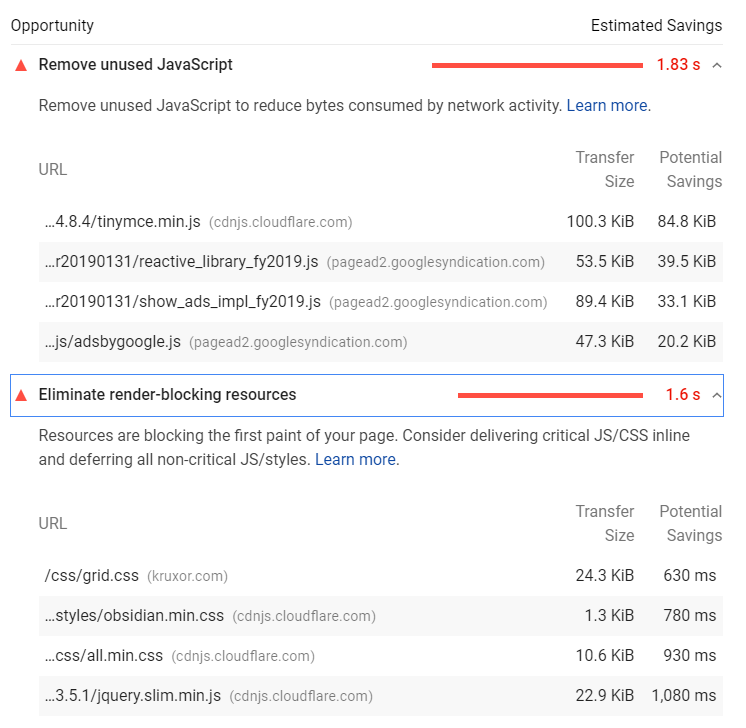 But we can fix it!

So tiny mce was included for every page load, even thought most pages had no use for it. So i have changed this to only load the script when a user is logged into the site.

Here are the change details: Include tinymce only if a user is logged into the site.

Lets do another test without that script and see how the score has improved. 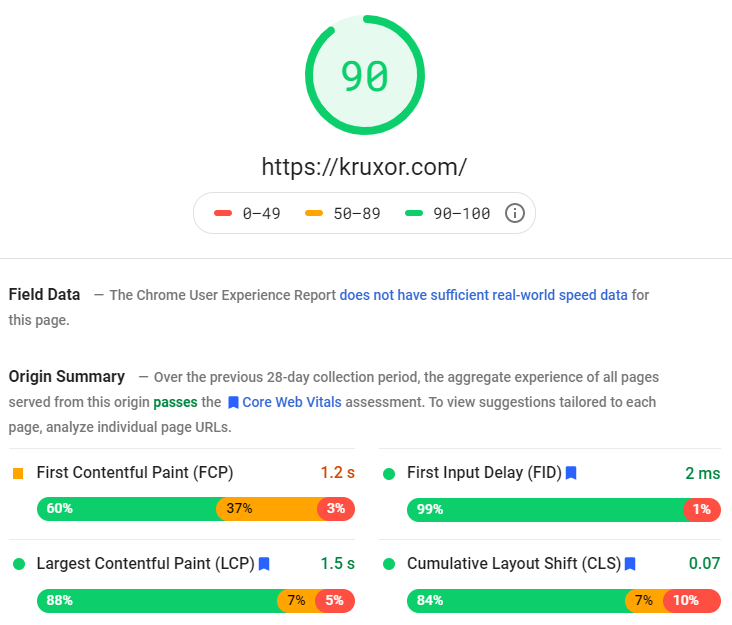 OK now we are up to 90, on desktop. Lets not look at the mobile one yet as its pretty bad.

So removal of TinyMCE gives us 3 extra points.

Instead of loading external files, its pretty easy to just load them and then inject them into the header, which reduces the amount of file requests per site.

While i was testing i just included the file but now that its pretty good, i think i can minimise it on the fly and inject it with the other styles. 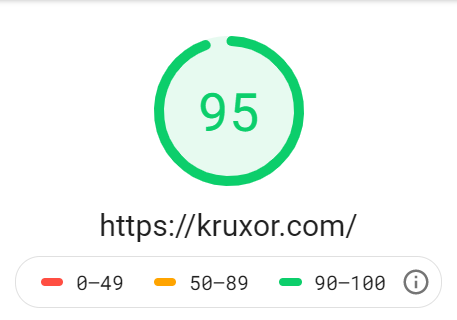 Mobile is still a bit low.

Other Items in Site Development

This page has been viewed 1076 times.

I believe that in order to better your knowledge base, it takes a lot of failing in order to succeed. I don't consider anything a failure as long as you get back up and you learn from your own mistakes.
Unknown