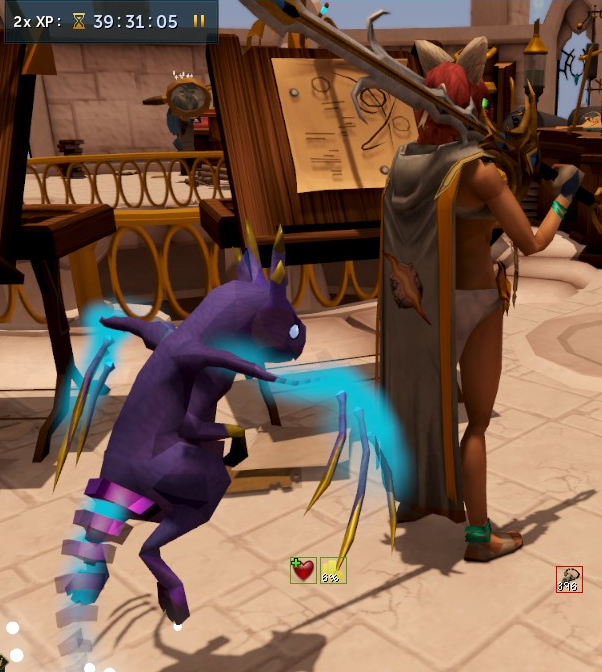 99 Complete with the Pet Rue 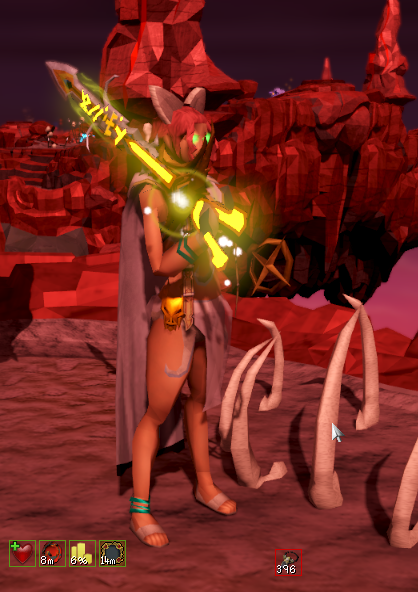 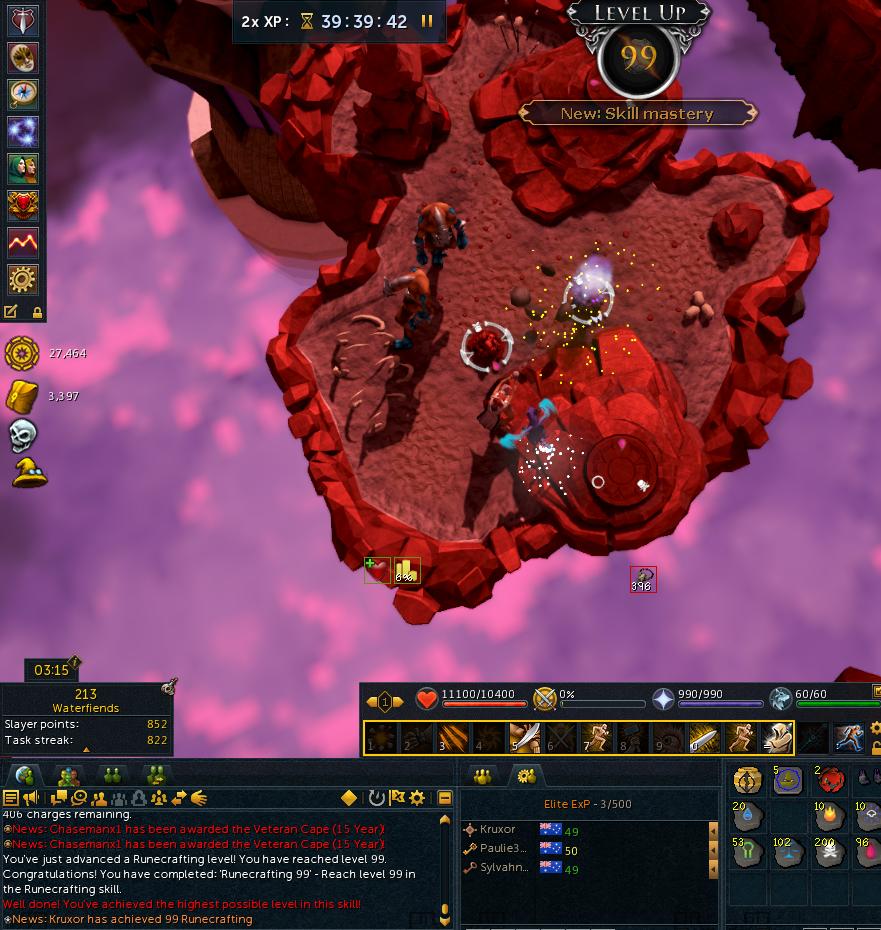 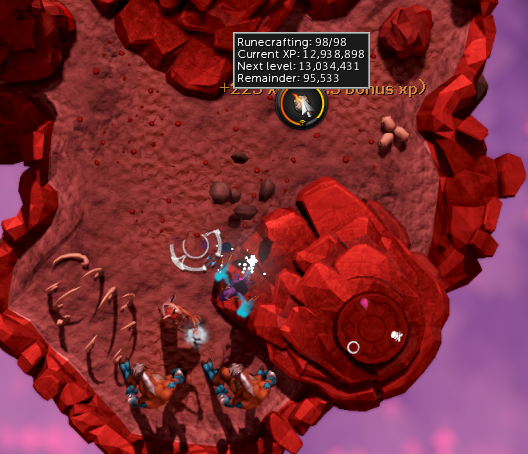 98 i think that is almost 1 level per day so far, so its not too bad going in runspan, a bit boring though. One more to go, on double xp. Then i think i will move to divination. 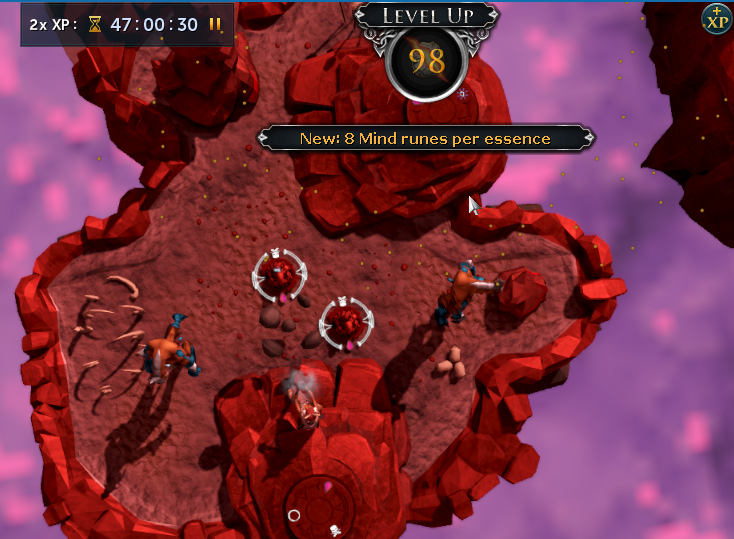 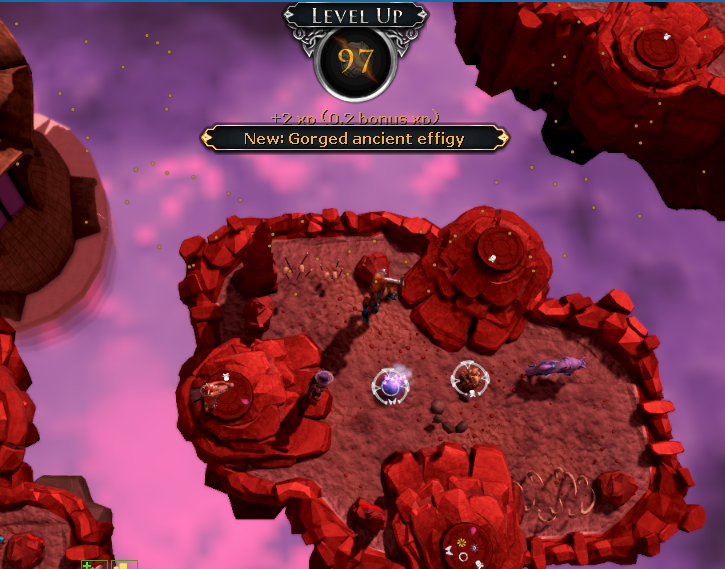 Cinder cores and bonus xp def help for this grind.

I think im getting the hang of it now, with the full Infinity Ethreal set it seems to make it a bit faster. Just set the portal to the top floor, get runes, go east and then north and north to the platforms with the Soul Ess Wraths, then when a yellow wiz comes activate the tele and then tele out to the guild and do it again, I think its worth it for that.

Argh.. i wasnt looking and wasted a tele tab to the wiz which was standing right next to me... fml. 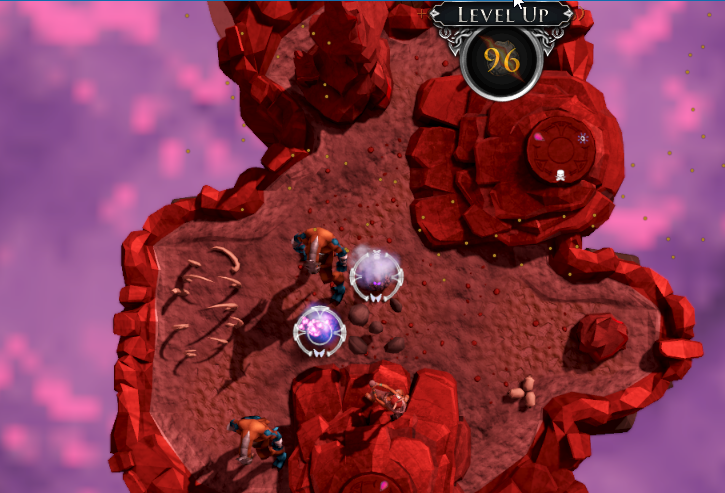 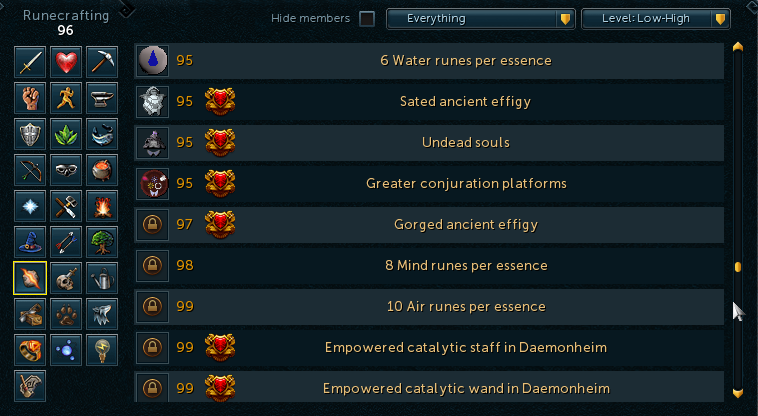 what a crazy slow grind rune crafting is! 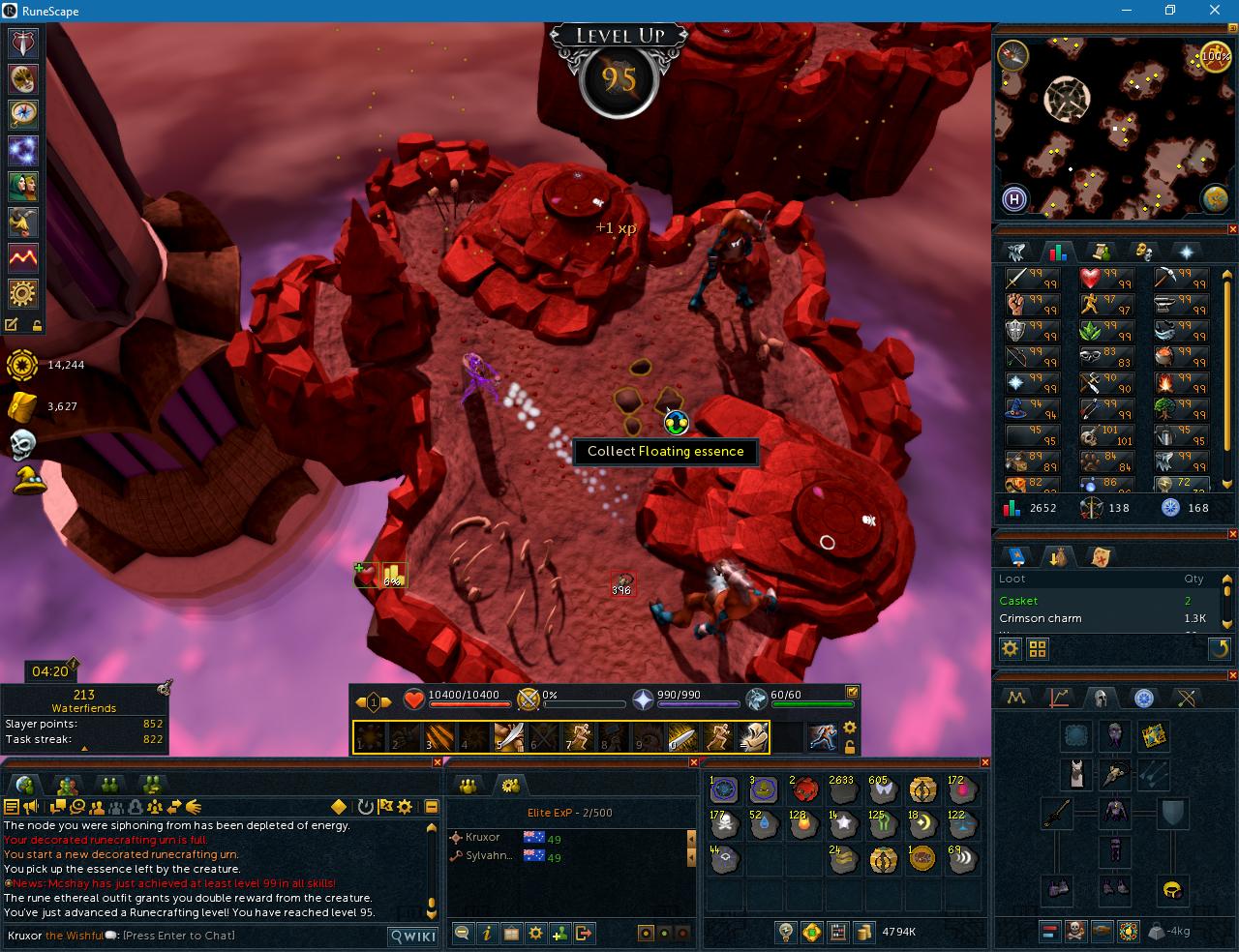 I believe that in order to better your knowledge base, it takes a lot of failing in order to succeed. I don't consider anything a failure as long as you get back up and you learn from your own mistakes.
Unknown